2017-2020
The Ahwatukee median home sales prices have had a pretty steady increase over the last 4 years, from a low of $287,500 in January of 2017, to a high of $420,000 in September of 2020, and now January of 2021. Home prices seem to increase each year after the first few months of the year. They tend to drop off each year in November, but surge upward in December before falling to yearly lows in January.

As the Coronavirus hit the US Housing market and shut down our economy in mid-March, home prices have started to decrease. Home prices have dropped in April and May after rising sharply in March but are still much higher than any previous year back to 2012. We will have to see if home prices can withstand the economic shutdown long-term, as over 40 million people have lost their jobs, and many businesses have been closed by the government due to the pandemic. June and July have seen increases to the median sales price of homes up to $410,000, as the economy tries to get going again. August saw a slight decrease as the housing market begins its annual fall slowdown, but September saw a fairly large increase to an all-time high of $420,000, which is not typical this late into the year. October saw a dip, but November and December bounced back up to almost what it was in September.

2017-20
The number of Ahwatukee home sales has been pretty consistent over the last 3 years, with a difference of just 14 total sales between all 3 years. May of 2018 saw the largest number of home sales in Ahwatukee, coming in at 172 sales, while January of 2019 saw the fewest homes being sold in Ahwatukee, with 64 homes sold.

It looked like 2020 was getting off to a much better start than in 2019, but things started slowing in mid-March when the Coronavirus hit the US Housing market and shut down our economy. Although there was still an increase in Ahwatukee home sales in March, it didn't jump as in previous years. We will have to see if home sales can withstand the economic shutdown long-term, as over 40 million people lost their jobs, and many businesses were closed by the government due to the pandemic. April saw a slight decrease in home sales, but that month has seen a decrease in 2 of the last 3 years. Home sales in May through July started to climb back up, reaching a high for 2020 of 147 in July. August and September saw a significant drop-off in Ahwatukee home sales, but they are much higher than the previous 3 years. October saw a nice increase in home sales, which hasn't been the case since 2017. November saw slightly fewer home sales than the previous month but is significantly higher than this time of year over the last 3 years (where home sales usually start declining in July or August). 2020 ended the year with an increase in home sales.

2022
Ahwatukee home inventory started January of 2022 as low as it has been in at least the last four years. February inventory dropped a little more, but then the home inventory in Ahwatukee increased for seven straight months, through September. During that time the inventory of Ahwatukee homes had more than tripled and was the highest it had been since June of 2019. October and November have seen a decline in home inventory, which is typical for this time of year when the Arizona real estate market slows down.

2018-20
As you look at the graph above, you can see that the inventory of homes in Ahwatukee, AZ has decreased from a high of 380 in April of 2018 to an all-time low of 159 in December of 2020. Ahwatukee home inventory has seen a pretty steady decrease between February of 2019 through January of 2020. Since then, we have seen the inventory of homes in Ahwatukee increase from 183 in January to 275 in May, a 50% increase in 4 months. We will have to see if this trend continues, as the Coronavirus hit the US Housing market and shut down the economy. Over 40 million people were unemployed, and many businesses were closed by the government due to the pandemic. June through August of 2020 saw decreases in home inventory. Ahwatukee inventory of homes increased in September, but the rest of the year saw a steady decline, eventually reaching an all-time low of 159 homes for sale in December.

With the average number of Ahwatukee homes sold in the last 6 months decreasing to 74, and home inventory decreasing to 252, this leaves a decrease in the absorption rate to 3.40 months, which is pretty close to a more balanced housing market.

When the inventory of homes in Ahwatukee increases, the economics of supply and demand will take effect.  When there is a large inventory of homes available for sale in Ahwatukee, home prices will decrease in value for a couple of reasons.  One reason is because there are more homes for Ahwatukee home buyers to choose from. Buyers will take their time in selecting a home, causing homes to stay on the market longer and increasing inventory.  Because there are more Ahwatukee homes for sale, home sellers will begin to lower their sales price in order to get their home sold.

​When the inventory of homes in Ahwatukee decreases, you will start to see an increase in home prices.  With a low inventory of homes, Ahwatukee home sellers know that they can ask a higher price because there are more buyers in the market than homes for sale.  Homes tend to sell faster, and for more money when inventory is low.  There are fewer choices for Ahwatukee home buyers, and sometimes you will have to offer a higher than list price to get the home you want.

2022
The number of days on market in Ahwatukee for January decreased to 28 from 29 DOM in December of 2021. The Ahwatukee DOM decreased again in February before increasing back up to 28 DOM in March. April saw another decrease in DOM back down to 24, and May saw another increase back up to 27 DOM. June saw the second straight increase and is now up to 29 DOM, the highest we have seen in 2022. July saw another slight drop down to 28 DOM and August shot up to 38 DOM. The DOM has increased four straight months up to 64 DOM in November, which is the highest DOM for Ahwatukee since April of 2019.
​
2021
The number of days Ahwatukee homes are on the market before they sell increased in January, but still remains very low compared to the last three years. February saw a decrease back down to 35 DOM, and March saw another decrease to an all-time low of 26 DOM. April saw an increase back up to 29 DOM, but May dropped to a new all-time low of 22 DOM. June saw as slight increase in Ahwatukee DOM, and July saw another increase for the second month in a row, up to 27 DOM. August DOM dropped back down to 22, tying the all-time record low for Ahwatukee. September, October, and November have seen a gradual increase up to 30 DOM, which is still very low. December DOM barely increased to 30 to finish 2021. High demand and low inventory are the reasons that homes are selling so quickly.

2017-20
As you can see by the graph, Ahwatukee Days on Market has a very U-shaped curve which shows the DOM has been higher at the beginning of each year, decreasing through the spring and summer months, and then increasing again at the end of each year. However, DOM in Ahwatukee as an average has been on a downward trend over the last 4 years. In 2017, the highest DOM was 84, with a low of 49, and an average of 70 days on market. By 2019, the average Days on Market for a home in Ahwatukee dropped to 55.

​The Ahwatukee days on market started 2020 with an all-time low of 48 for January. It jumped up to 57 DOM in February, and then the Coronavirus hit the US Housing market in mid-March and shut down our economy. We will have to see if DOM will increase in the coming months, or if it can withstand the economic shutdown long-term, as over 40 million people have lost their jobs, and many businesses have been closed by the government due to the pandemic. The DOM dropped in March and remained the same in April. The DOM in May decreased again, to a low of 39. The DOM increased in June to 51, and increased up to 58 in July, which is the highest it has been all year. However, things seem to be getting back to normal, as the DOM for August took a significant drop back down to 42, and September dropped even lower to an all-time low of 31. October and November have seen a steady increase in days on market back up to 39, yet still lower than any month in the past 3 years. December dropped back down to 33 DOM.
​Days on market (DOM) is a measure of the age of a real estate listing. It is the total number of days a listing is on the active market before an offer is accepted on the property, or an agreement between the real estate broker and home seller ends. The higher the days on market, the longer it is taking for homeowners to sell their Tempe home. The lower the days on market, the faster an Ahwatukee home is receiving a purchase contract and getting off the market.

Generally, properties with a longer DOM will command lower prices than properties with a shorter DOM because a perception exists that the property may be overpriced or less desirable the longer it remains on the market. DOM often factors into developing a pricing strategy. DOM can also be used to gauge the condition, or trend of the housing market. Previous history has shown that a fairly stable real estate market in Ahwatukee should have average days on the market somewhere between 60 and 90 days. 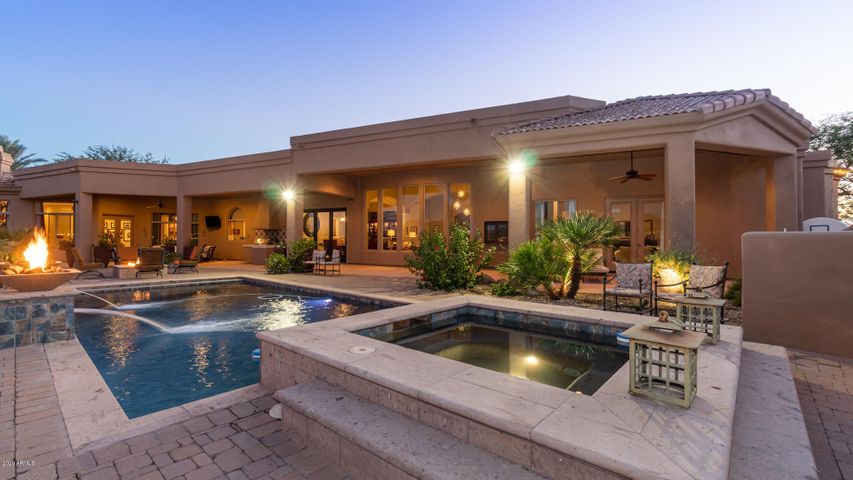 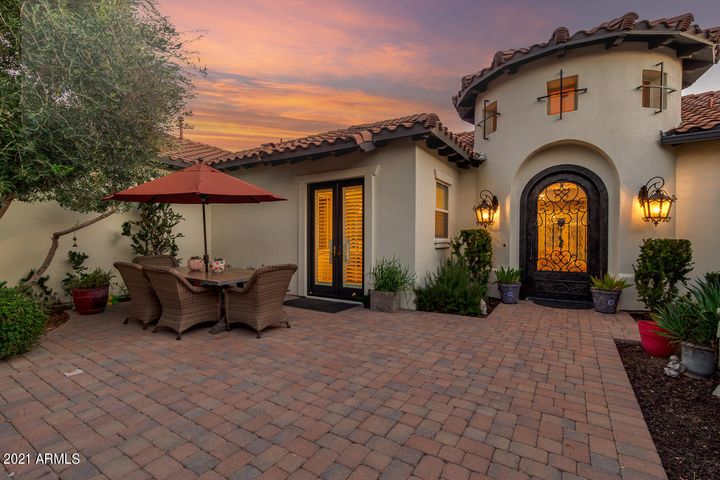 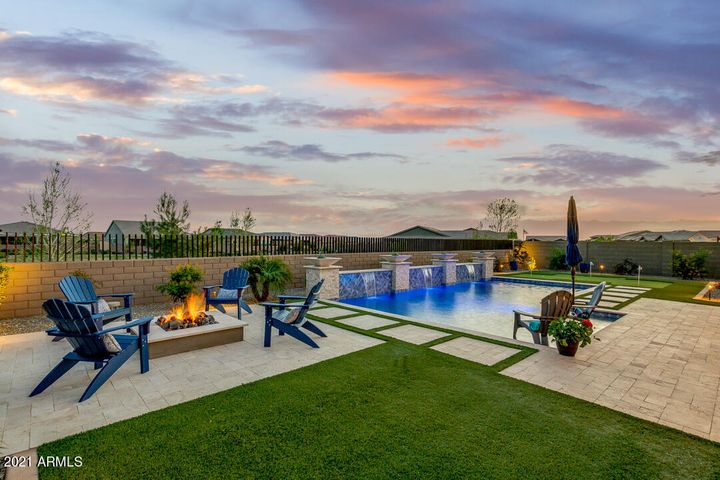 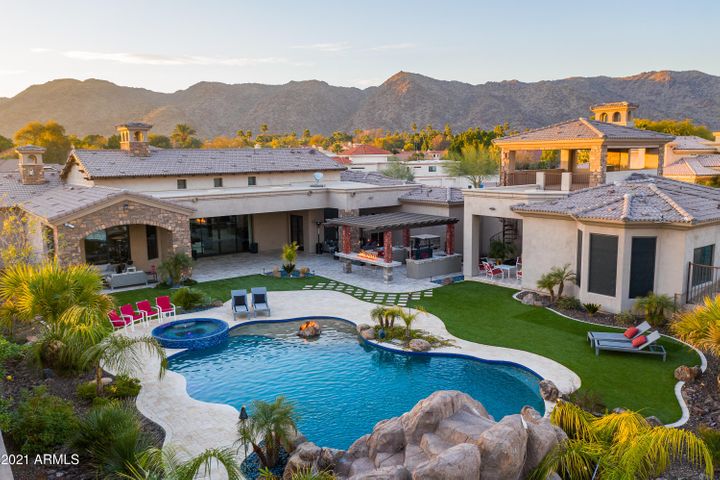 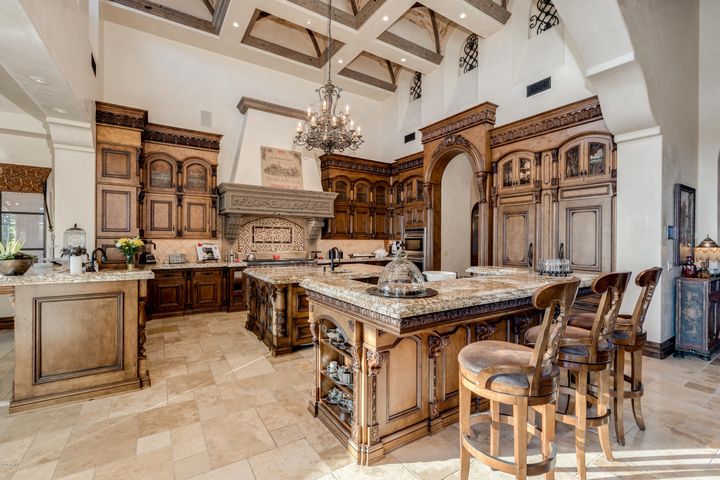 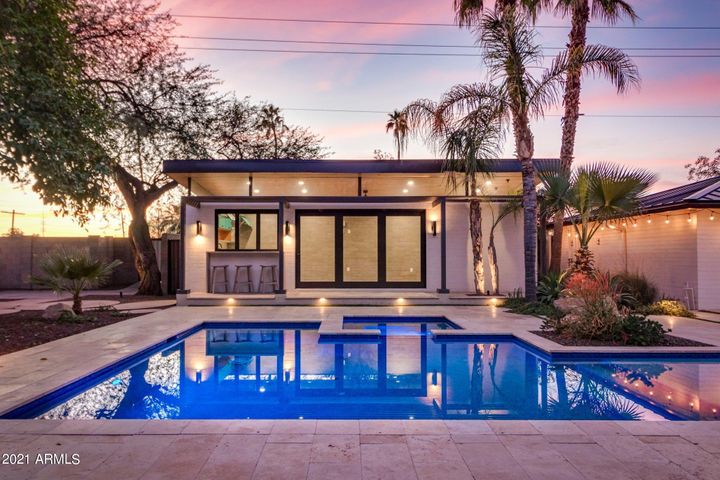 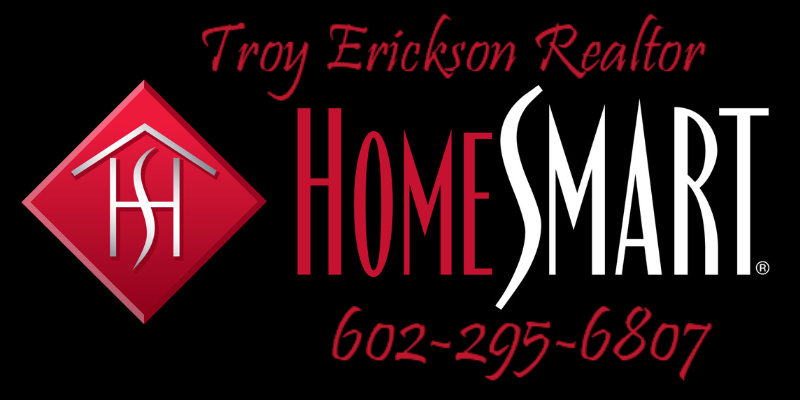 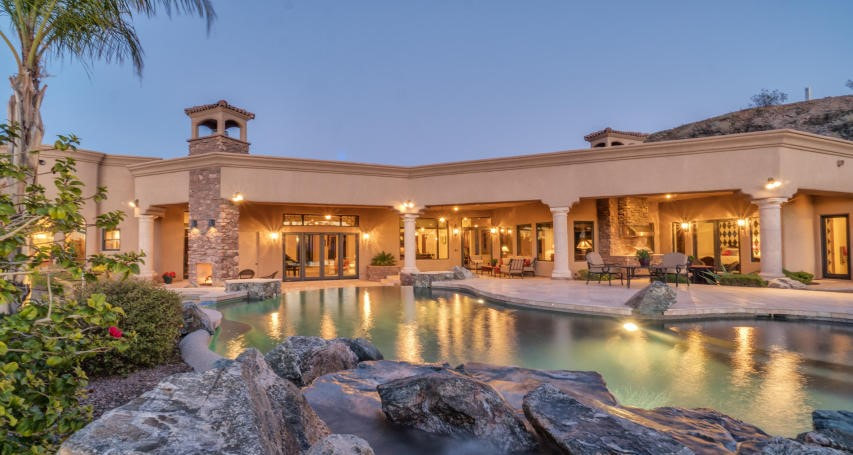 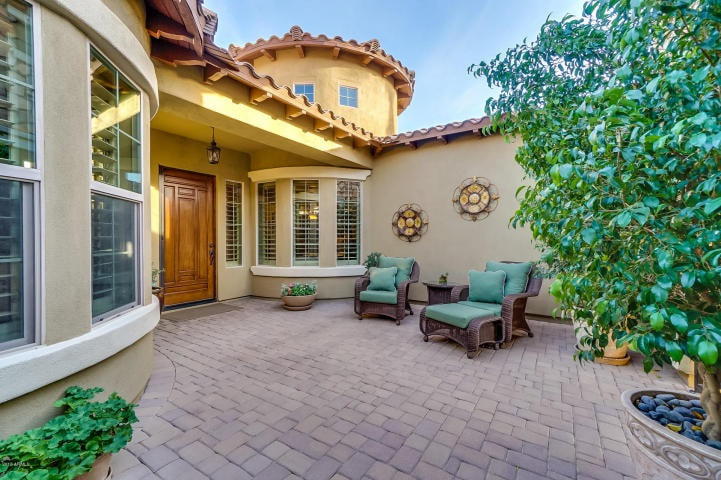 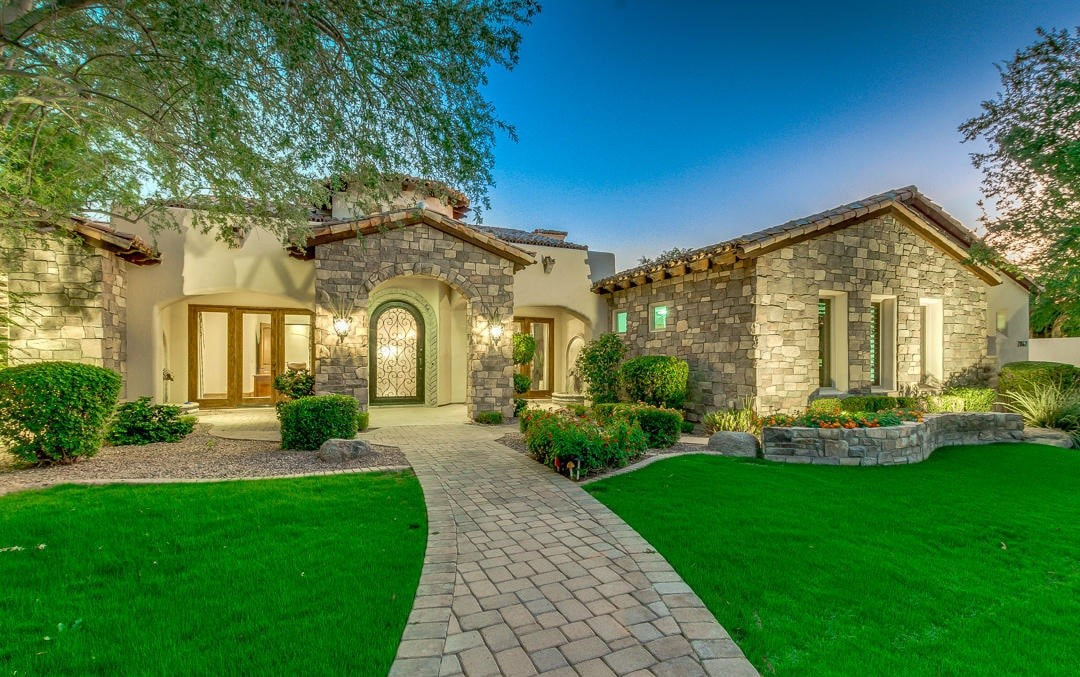 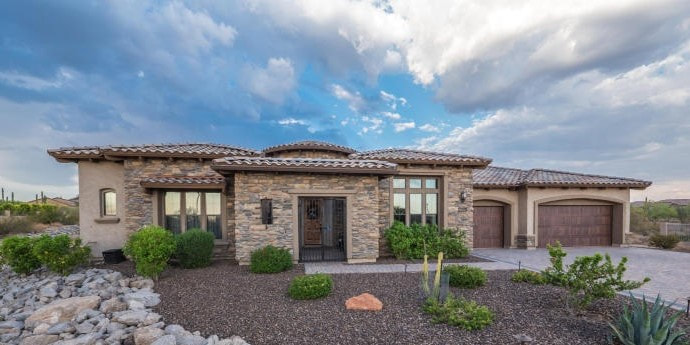 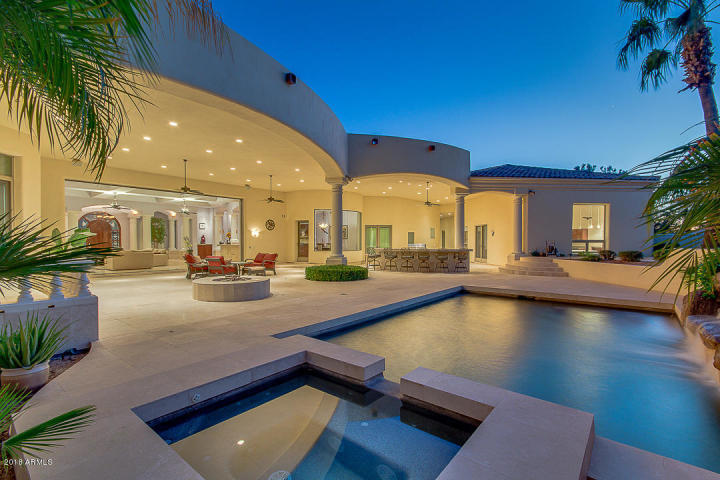 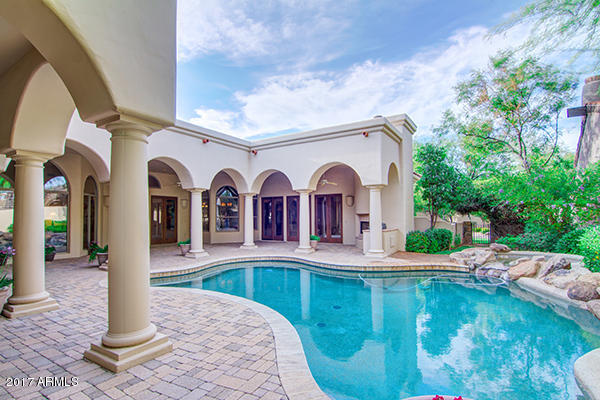